11 fact you should know about late Abiola Ajimobi. 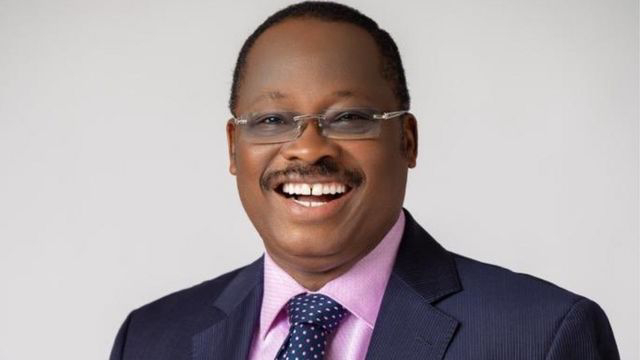 Former Oyo Senator Abiola Ajimobi died of COVID-19 complications on Thursday.
Below are facts you should know about Abiola Ajimobi.
1. Abiola Ajimobi was born on December 16, 1949 at Oja-Iba, Ibadan.
2. His grandfather was Sobaloju of Ibadan Land (a chief in the royal court of Ibadan). His father, Pa Ajimobi, was also a member of the House of Assembly in the Old Western region and his uncle, Hon. N.A. Ajimobi was Minister of Works and Transport in the Western Region.
3. He started his education at Saint Patricks Primary School, Oke-Padre in Ibadan and completed his primary education at Ibadan City Council Primary School, Aperin. His secondary education was at Lagelu Grammar School. He was active in athletics, table tennis, and football including serving as the games prefect during his secondary school days.
4. Ajimobi studied Business Administration and Finance at the State University of New York, in Buffalo, New York, United States of America, graduating with a Bachelor of Science degree. He had his MBA in Operations Research and Marketing with a concentration in Finance at Governors State University, University Park, Illinois.
5. Ajimobi married Florence Ajimobi in 1980 and they have five children. His first daughter Abisola Kola-Daisi is an entrepreneur and founder of Florence H Luxury.
6. In 2003, Ajimobi became a Senator of the Republic of Nigeria. He was a principal officer in the Senate, serving as the Deputy Minority leader of the Senate. In 2007, He contested the gubernatorial election under the umbrella of the All Nigeria Peoples Party but lost. Ajimobi contested again in 2011 under the Action Congress of Nigeria and won.
7. He contested for a second term in April 11, 2015 under the All Progressive Congress for re-election against two of his predecessors in office, Christopher Alao Akala and Rashidi Adewolu Ladoja. In the event of his re-election into office as the Governor, Ajimobi is the first person to occupy the seat twice and as well in succession.
8. Ajimobi was elected as All Progressive Congress Oyo South senatorial candidate on 28 September 2018.
9. On March 9, 2019, Ajimobi lost the Oyo South senatorial district seat to People’s Democratic Party Kola Balogun.
10. On June 17, The National Working Committee (NWC) of the All Progressives Congress (APC) endorsed Ajimobi as the acting national chairman of the party.
11. On June 18, Ajimobi was rumoured to have died but it turned out to be false.
Kindly drop your comments and follow us to get more information.
Lifestyle