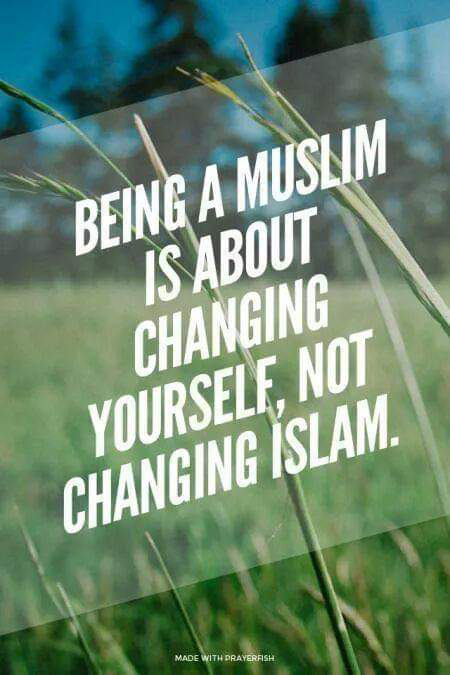 Since times immemorial, humans have been on a quest for riches. They have dug mines all over the world driven by their obsession with gold and other precious metals. They have also tried using magic to turn base metals into gold. These humans’ thirst for gold and money has not been quenched. They are still doing their utmost to earn as much money as they can mistakenly believing that richness and happiness lie in the abundance of wealth , the construction of palaces and grand mansions , owning sleek cars,marrying many women , giving parties , changing their cars and furniture annually, etc. Such humans are misguided as to what richness and happiness are. Thus, they waste their lives struggling for money and never feel satisfied. This dissatisfaction itself stops them from enjoying their lives to the full and turns them into slaves bent on getting money at all costs. Humans of this category are certainly foolish
because they think that they get whatever they want , but ,in truth, they get only what Allah the All-Mighty has written for them. However hard humans try, they cannot get anything Allah(SWT) has not written for them. Besides being foolish, humans are poor because they’ll never
be content. 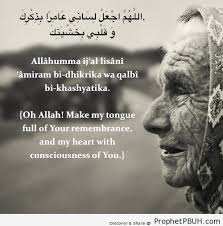 Definition of Contentment:
Oxford Dictionary defines contentment as a “ state of happiness and satisfaction.” Webster’s
Dictionary ,similarly, defines contentment as the “ state of being happy and satisfied : the state of being content.” Reiterating the same idea, Ruut Veenhoven (2014) claims that contentment is “ a synonym for happiness and is then used to denote our subjective satisfaction with life as a whole.” Like Veenhoven, Michalos (1985) calls contentment “ the goal-achievement gap” (404). These definitions have been preceded by Ash-Shaafi’i and Ibn Taymiyah’s definitions.
Ash-Shaafi’I ,for instance, claims : “ I know that contentment is the core of richness , and I
adhered to it , so I never stood at anybody’s door , or begged anyone. Consequently, I became rich without a dirham, passing by people as if I were a king.” Ibn Taymiyah , in a like manner,holds contentment to be “ the greatest door that one enters to Allah,” “ the source of tranquility for the worshipper and paradise on earth.” He adds : “ Whoever does not enter it will not enter the Paradise in the Hereafter.” These definitions indicate that contentment is a marker of happiness, richness, and peace of mind. 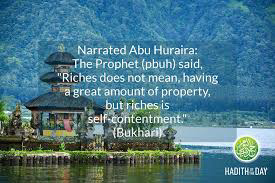 Importance of Contentment in Islam.
One of the important qualities of human beings is contentment. For the construction of a better society, it is necessary that its members should never foster discontent. For, a society bereft of contentment will also be bereft of the atmosphere of mutual love.
The Prophet of Islam once observed: ‘That person earned salvation, who accepted Islam and was given provision (rizq) according to his needs and he was content with what God bestowed upon him (Sahih, Muslim).
In the present world man’s greatest good fortune lies in his remaining a thankful servant of God. Only that person may become a thankful servant in the real sense who possesses this inner contentment. According to a Hadith, (Ibn Majah) the Prophet said, ‘Become content and then you will become the most thankful servant of God.’
Contentment gives man the blessing of a heart at peace. Those who are not content are eventually consumed by greed. And when individuals succumb to greed, they cannot remain content, whatever the circumstances. They always keep complaining about one thing or another.
Contentment grants man mental peace, while greed produces mental confusion and disturbance. Contentment raises man to a high mental level while greed causes man to descend to a low mental level. Contentment makes one love others while greed makes one hate others. Contentment is a means to spiritual upliftment while greed leads to spiritual degeneration.
A feeling of contentment enables a person to rise above trivialities and live in the higher realities. In short, he practices simple living and high thinking. 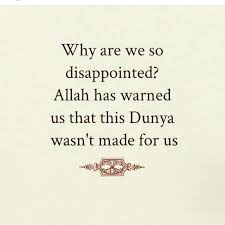 Examples of the Content :
Opposed to the ones tenacious of earthly life are the content who are both rich and satisfied.
The Prophet(MABH) comprises a good example of the content that are pleased with what they have despite its being scanty. When the Prophet (PBUH) lost his son ,Ibrahim, he said :
“The eyes shed tears and the heart is saddened, but we do not say anything except that
which pleases our Lord. Indeed, O Ibrahim, we are bereaved by your departure from us.”
This hadith shows that contentment and sadness are two good bed fellows. It’s okay to feel sad , but there shouldn’t be any anger or resentment towards Allah(SWTA).
Another example of the content is Umran Bin Hussain(radhiya allahu anhu May Allah be pleased with him)who ,being a fierce fighter, took part in battles with the
Prophet(MABH). Umran was paralyzed for thirty years before his death. When Umran’s companions saw him, they cried .Responding to them , he said :
You cry , but I am content . I love what Allah loves, and I am content with what Allah is content with, and I am happy with what Allah chooses. I remain in this state and by Allah I can feel the Angels around me glorifying Allah. Allah is testing my contentment with Him , so bear witness that I am content.
Umran knows that it is his fate to be paralyzed and he is contented with that.
He is pleased with Allah’s choice for him , realizing that it is a test of his faith.
He has coped with paralysis and has not thought of it as a reflection of Allah’s displeasure the same way some people do. Being a good Muslim, Umran
demonstrates great patience in adversity. He exemplifies contentment, knowing well that whatever of ill befalls him, it is from himself. Allah the All-Mighty says :
“Whatever of good befalls you, it is from Allah; and whatever of ill befalls you , it is  from yourself.” (Al-Nisa ,79). Exemplifying the content, Umran is truly rich.
How to Achieve Contentment
Contentment is equated with true happiness that is attained through a number of activities, such as seeking the pleasure of Allah (SWT), being thankful , avoiding comparisons, etc.
As regards seeking the pleasure of Allah , it does make us happy. In the Holy Qur’an Allah the All-Mighty tells us about the greatest happiness , calling it “ a supreme success,” and
about the people deserving of it.
The believers , men and women, are Auliya’ (helpers, supporters , friends) of one another;
they enjoin (on people) Al-Mar’ruf (good) and forbid (people)from Al-Munkar (evil); they
perform As-Salat (prayer), and give the Zakat (charity) and obey Allah and His Messenger.
Allah will have His Mercy on them. Surely Allah is All-Mighty , All- Wise. Allah has promised the believers , men and women , Gardens under which rivers flow to dwell therein
forever, and beautiful mansions in Gardens of ‘And(Eden Paradise). But the greatest bliss (happiness) is the Good Pleasure of Allah. That is the supreme success. (Al-Tawbah,
71,72). Regarding being thankful, Muslims should all thank Allah (SWT) for His blessings.
The more thankful they are , the more bounties Allah will give them. It is interesting to note that thanking Allah for His bounties is , Bint Ahmad claims , an “ act of worship.”
The Qur’an states :
And (remember) when your Lord proclaimed : “ If you give thanks, I will give you more (of My Blessings), but if you are thankless , Verily ! My Punishment is indeed severe.
(Ibrahim,7). You who believe ! Eat of the good things that We have provided for you, and  be grateful to Allah , if it is Him you worship.(Al-Baqarah ,172).
These ayat (verses) reveal the necessity of Muslims’ thanking Allah (SWT)and expressing  their gratefulness to Him. The significance of this behavior is that it is a worship that expresses their contentment and ,at the same time, leads to their being given more and more of Allah’s blessings. Besides being thankful and seeking for the pleasure of Allah, the content should avoid comparisons. People who are content are not advised to compare
themselves to people that are affluent. This behavior is likely to bring about resentment that does not coexist with contentment . To evade this feeling, content people are urged to. 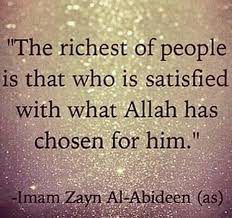 Conclusion:
I have demonstrated that contentment is a marker of happiness, richness within,Self-satisfaction, and tranquility. I have also shown that the content are pleased with all that
Allah (SWT) has given them . They thank Allah for all that becomes of them, and contentment , to them, is a lifestyle. The content follow the Prophet (PBUH) who epitomizes
contentment and sets a good example for all Muslims.
You can also read
Article : CONTENTMENT.
Article : CONTENTMENT IN BIBLE.
Article