The failure of Oyo State government to get in touch or send a condolence message to the bereaved family of the late former governor of the state, Senator Abiola Ajimobi has triggered an anger from the deceased family 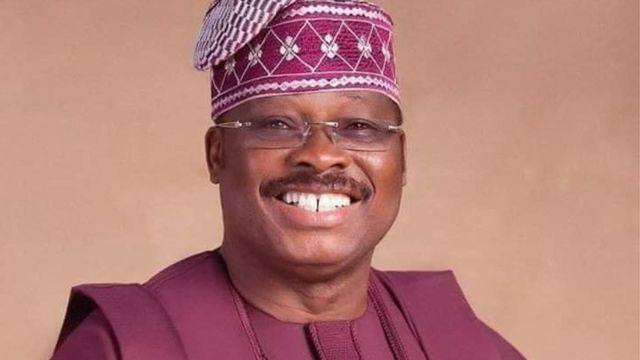 Immediately after his burial on Sunday at his residential house in Oluyole, the deputy governor of the state, Mr Rauf Olaniyan had accompanied some governors in a visit to the family where the former first lady was waiting to receive them.

But things took a new twist on sighting the deputy governor amidst the visitors. Mrs Florence Ajimobi who appeared to have waited for that moment instantly let out her emotional outburst that threw the visitors into a momentous silence.

She accused him of neither calling nor sending a message as a way of condoling with her or the entire family on the loss of the former governor. 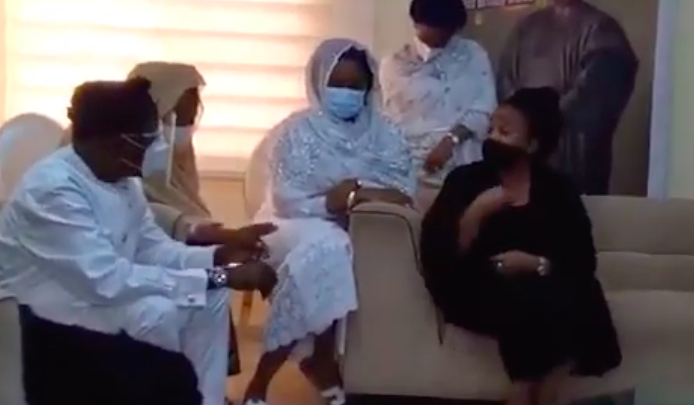 While the deputy governor tried to explain to her that he actually called three times but she refused to pick up her calls or return it, Mrs Ajimobi told him she did not have his number so he should not expect her to pick his call.

According to her, the deputy governor should have sent a message rather than calling her. She insisted she did not have his number and as a wife of politician, she cannot pick call from an unknown caller.

The heated argument between the two went for some minutes before the governors who seem to have been pissed off by the altercation had to Wade in and persuade the two aggrieved parties to calm down.

However, Mrs Ajimobi did not back out of the argument until she reminded the deputy governor and everyone sitting in the gathering that her late husband served the state for eight years and deserves to be honoured by the state government. 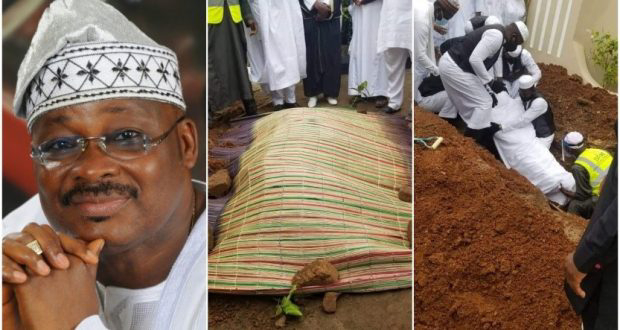 She said her husband is dead and everyone is going to die like him.

Perhaps, there was more to the failure of the state government to pay condolence visit or message to the family. The manner at which the former first lady presented her argument was obviously pregnant with meaning.

It was an indication that all is not really well between the state government and the former first family.

But one would have expected Mrs Ajimobi to slow down her anger and emotional outburst towards the deputy governor who appears to have been innocent of the accusation levelled against him.

It became more embarrassing for the fact that it actually happened in the presence of other governors from outside the state.

They will have obviously returned to their various domains with negative impression of a frosty relationship between Ajimobi's family and that of Seyi Makinde.

Below is the video link of the heated argument.

Do you thinks the former first lady needed to go this far with the state government?