Reactions To Ajimobi's Wife, Florence Statement About Politicians Not Calling Her After He Died.

on June 29, 2020
Social media users have reacted to the trending video which depicts former Oyo State first lady and Wife to the late Senator Abiola Ajimobi, Mrs Florence Ajimobi accusing some dignitaries of not reaching out to her after the death of her husband. 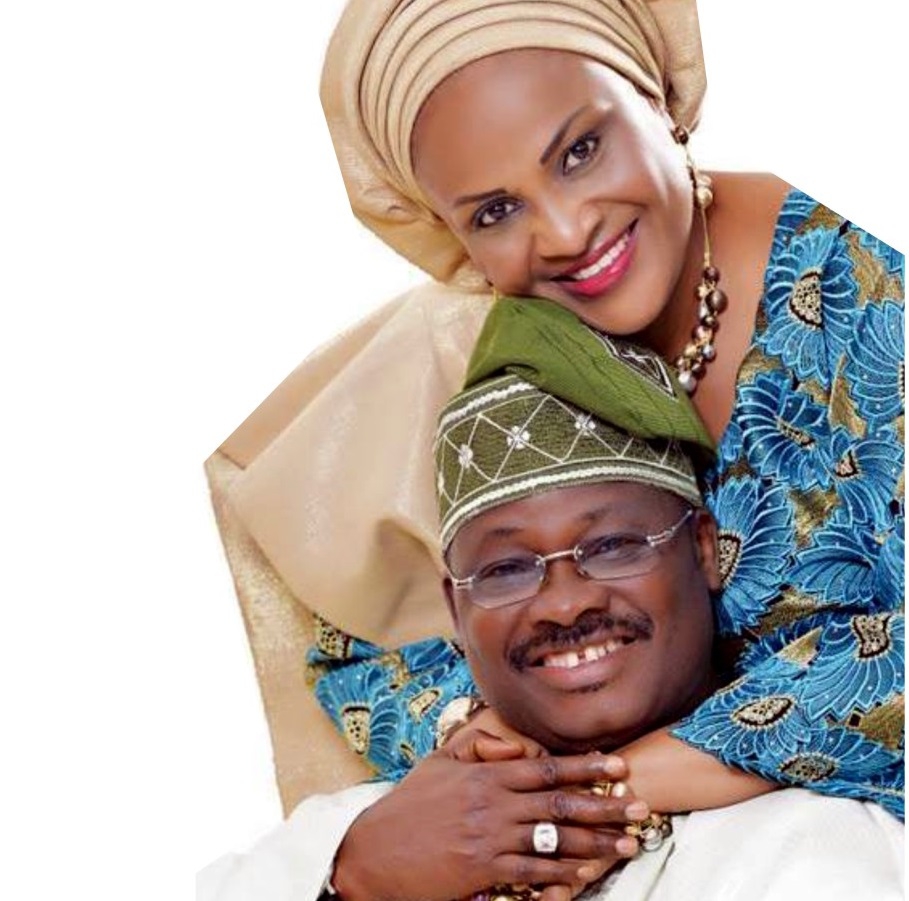 In the video, the ex - first lady is seen accusing the present deputy governor of the Oyo State of not calling or sending her words of encouragement.

The deputy responded that he called her, but Mrs Ajimobi replied that the deputy should have texted her instead.

She went on to say that she doesn't have the deputy governor number, and since she is the wife of a politician she doesn't pick calls anyhow.

The video did not sit well with some people given the reactions on twitter.

"This is Ajimobi wife lambasting Oyo politicians and deputy governor for not calling her after he died.

But some people worked 30years in that state and died awaiting salary/pensions under her husband. Nobody called them.

The empathy they never showed others,

They want it now". 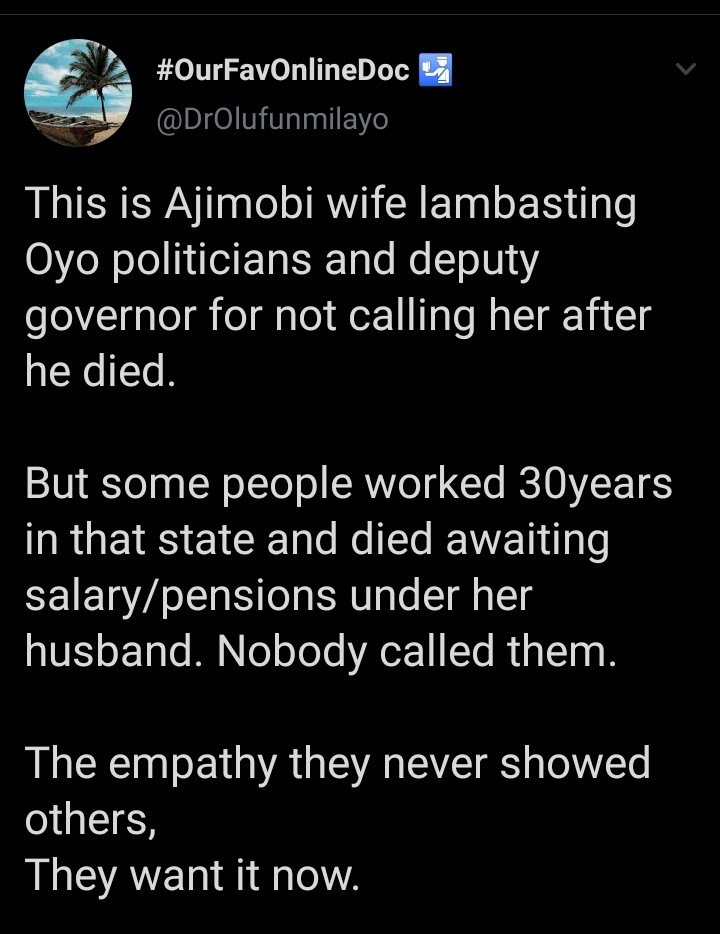 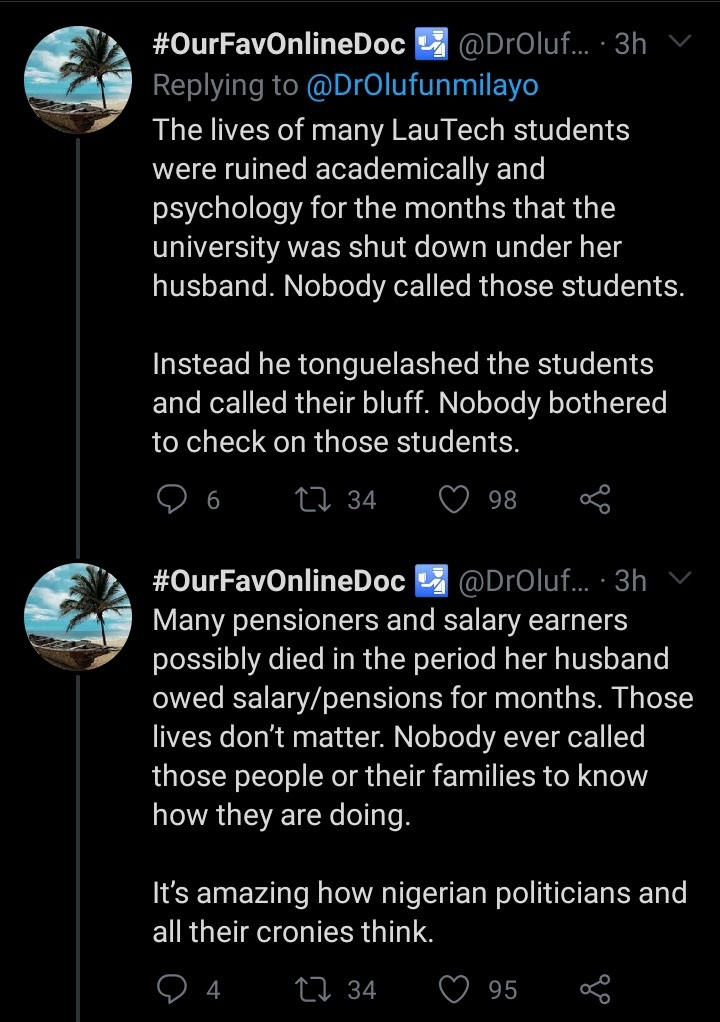 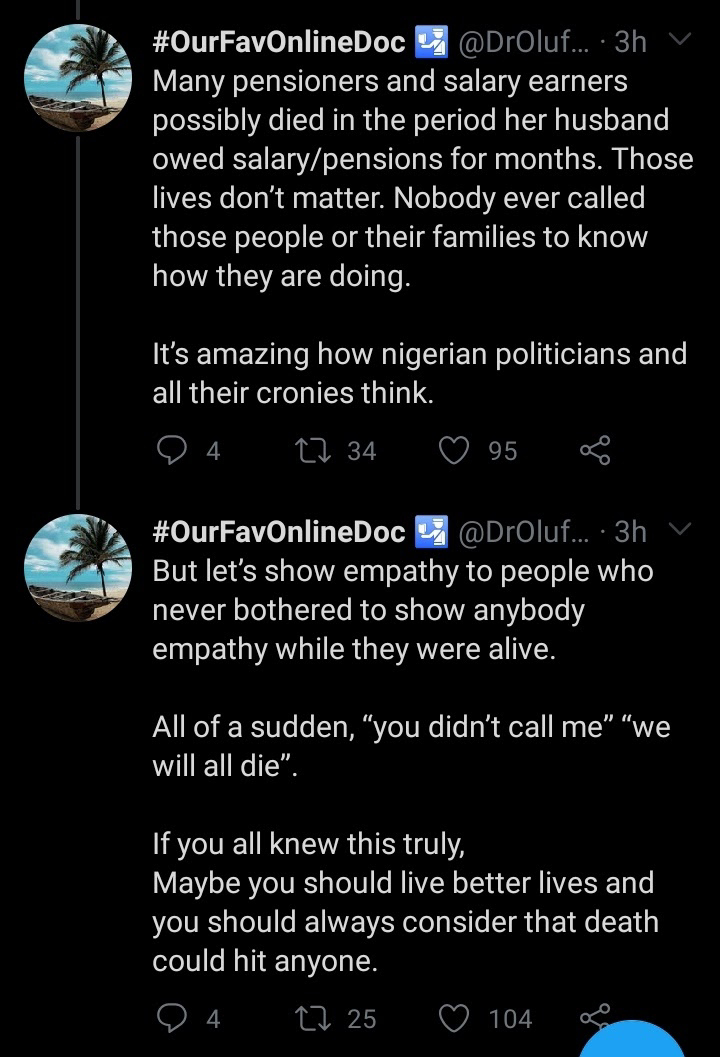 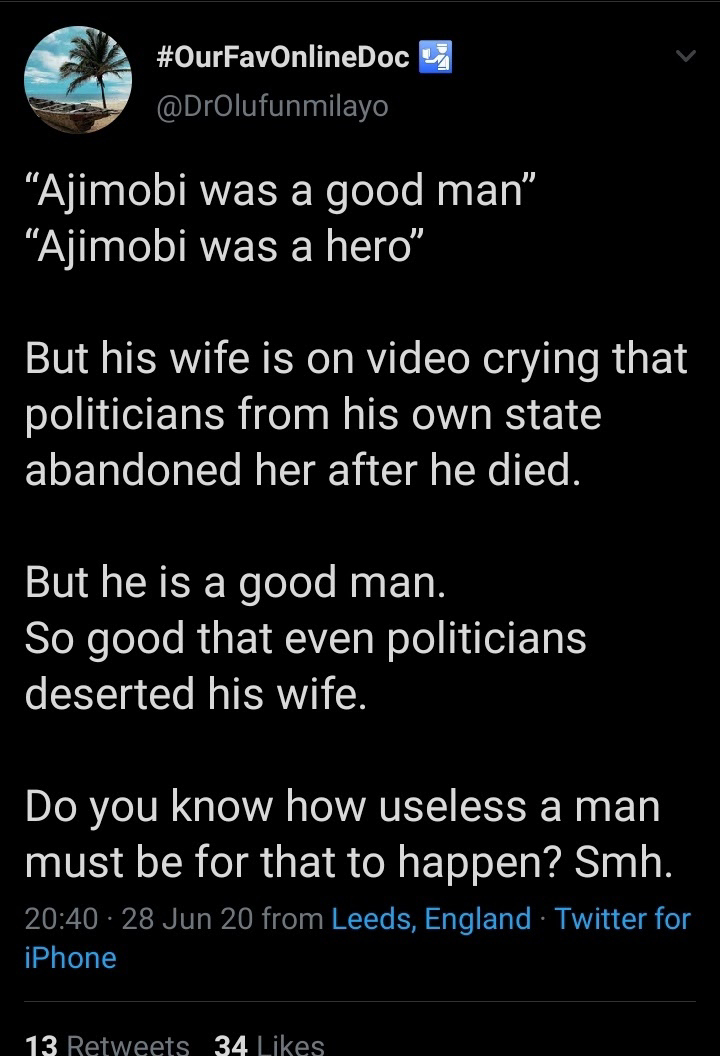 Other Nigerians joined in on the conversation 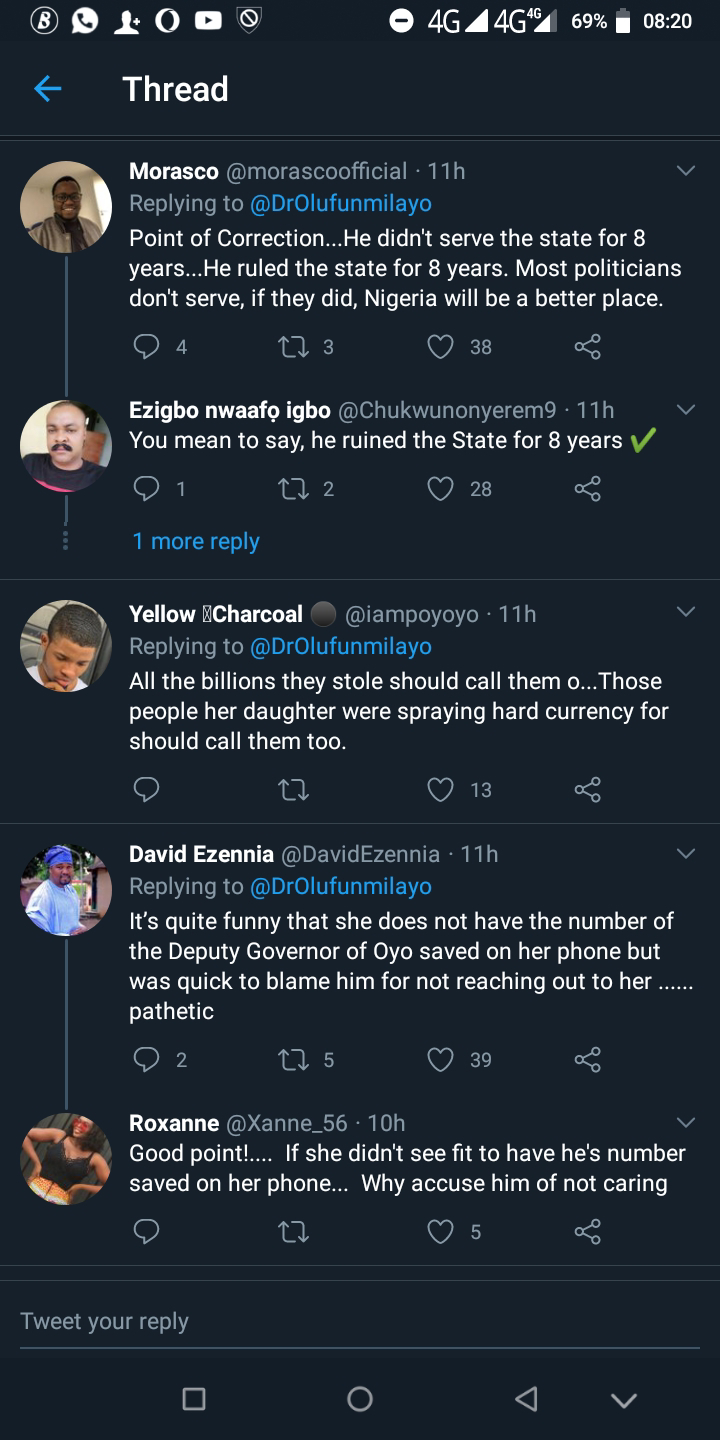 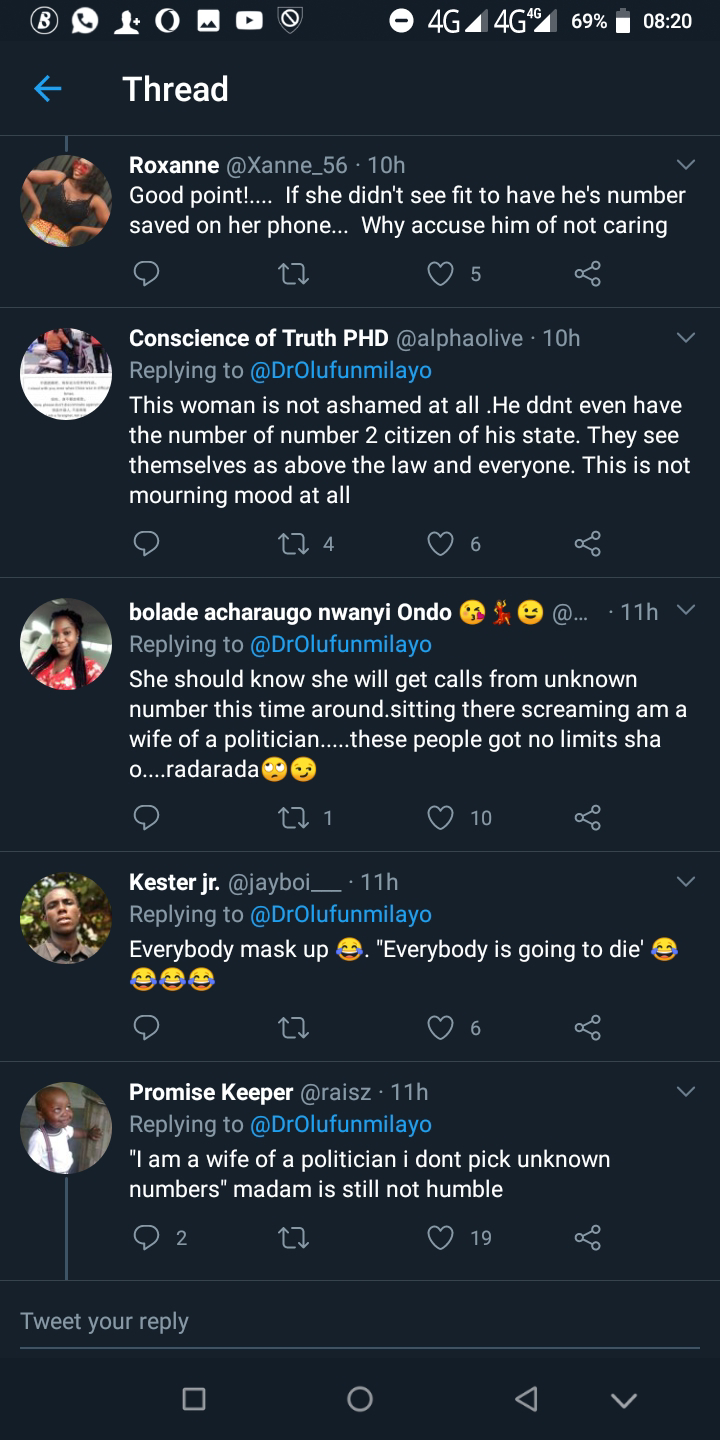 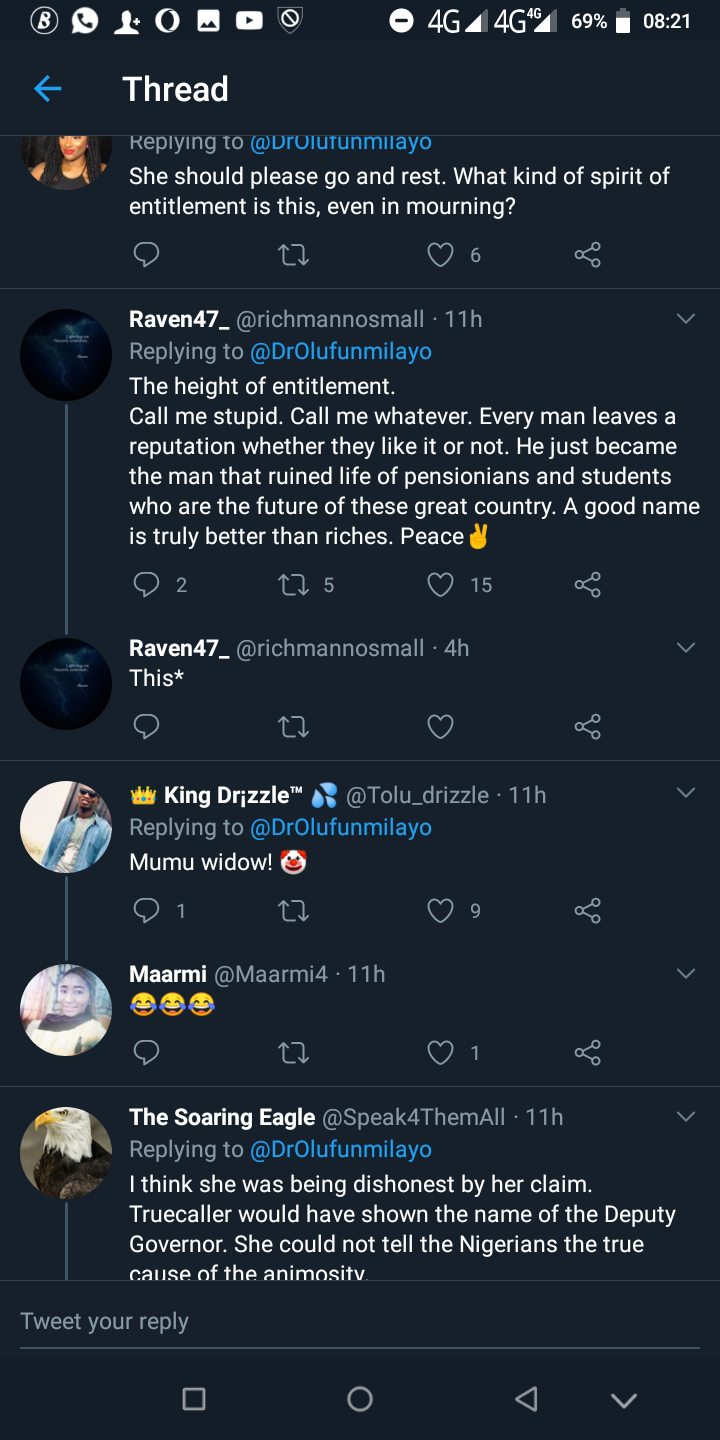 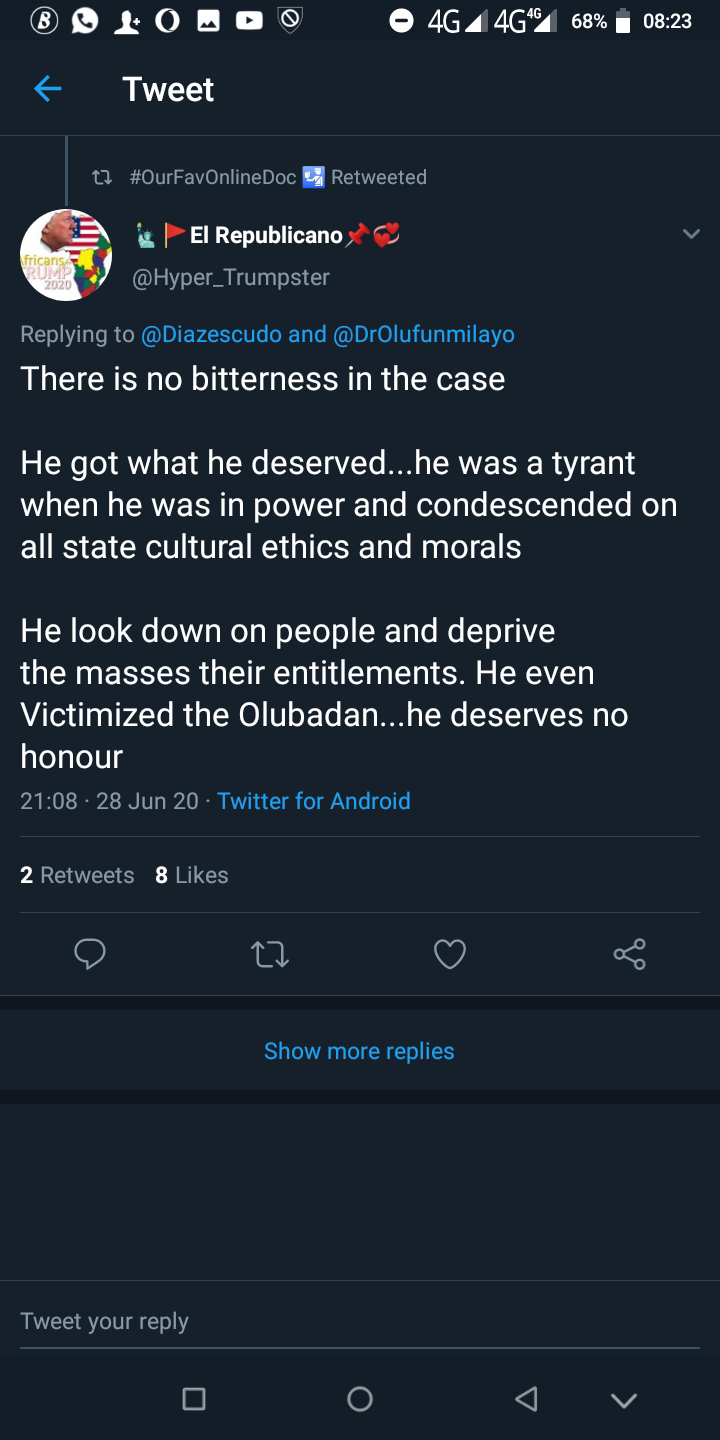 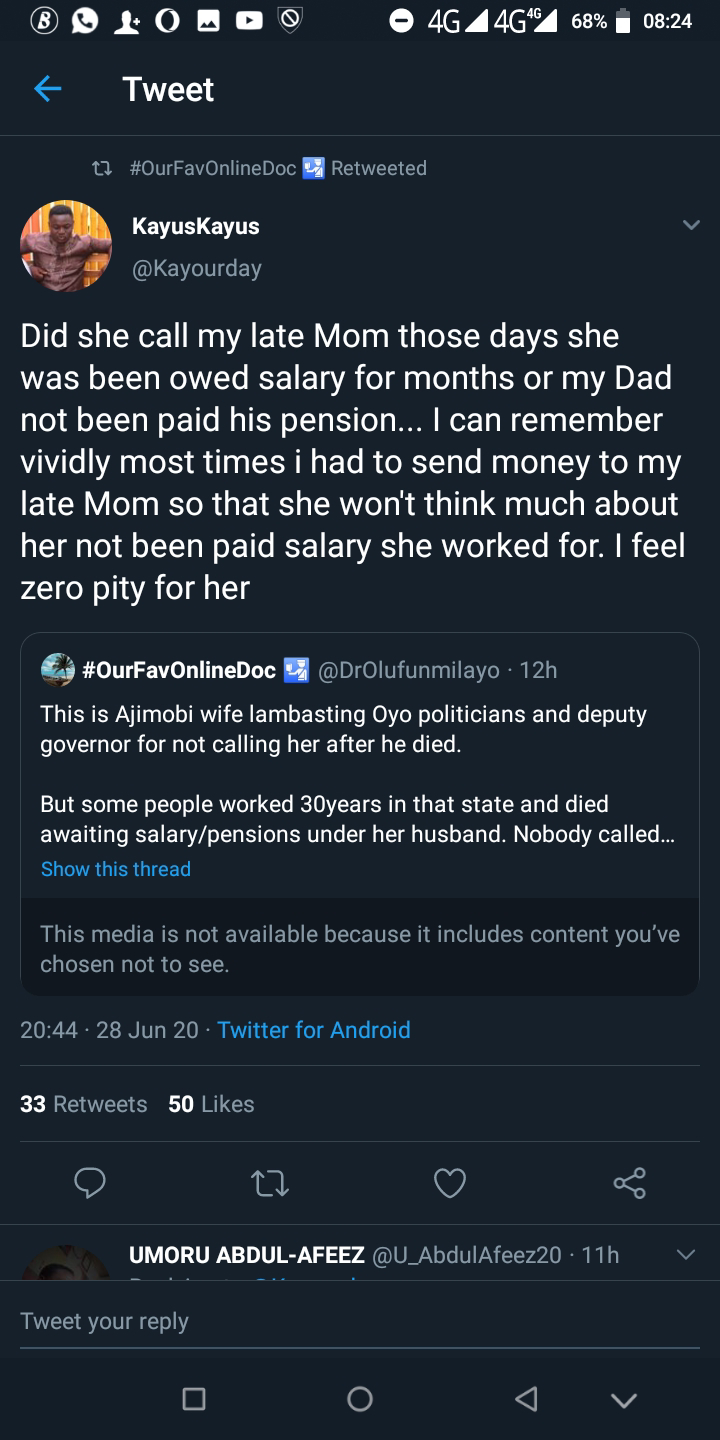