Tacha Troll Thelma for saying her fan got her from BBNAIJA Because of the fish fight.

Tacha Troll Thelma for saying her fans got her evicted from BBNAIJA Because of the fish fight. Last night's reunion show was quite a bore, they brought out long forgotten contestants like Nelson, Thelma, Tuoyo, Avala, Esther amongst others... There wasn't too much "pepper", the people who brought life to the reunion - Tacha, Mercy and Venita were absent.

The only lively part of the show was when Thelma came for Tacha and her fans, Titans. Ebuka asked Thelma why she felt she shouldn't have left earlier in the show considering she was one of the contestants who really stood out, Thelma replied and said titans (Tacha's fans) got her evicted from the Bbnaija (Big brother Naija) house because of the fish incident they both had, and that Titans behave just exactly like Tacha. She said Tacha would do something wrong and still her fans would try to support her.

Tacha took to Twitter to troll, again, as she has been doing since the reunion show to troll Thelma. She tweeted "Thelma come let me buy you fish. Call me".. lol.

So what exactly is the "fish incident"... ? Thelma accused Tacha of being quite unfair to her while serving her food and giving her a small portion of fish, they quarrelled bitterly but eventually settled, and Thelma felt this incident is why she got evicted early, and this happened just 2 days into the show

It is no longer news that not all of the housemates were always present in the studio per time because of the social distance rule invoked to stem the spread of the deadly coronavirus in the country.

On this edition of the show, some of the housemates like Mercy, Ike, Omashola, Venita, Daine, Esther, Jackye, Tacha among others were not in the studio, neither did they join via the internet.

So it is obvious that Tacha was not in the studio to defend herself or her fans, but thanks to Ebuka-Obi Uchendu, the show host who managed the situation by letting her know there would be an edition of the BBNaija 2019 Reunion when the issue of housemates and their fans would be treated.

However, what do you think Thelma was trying to say when she said Tacha’s fans behaved like her while she was on the show?

You can imagine what Tacha would have on her mind when she heard what Thelma said about her and her fans. 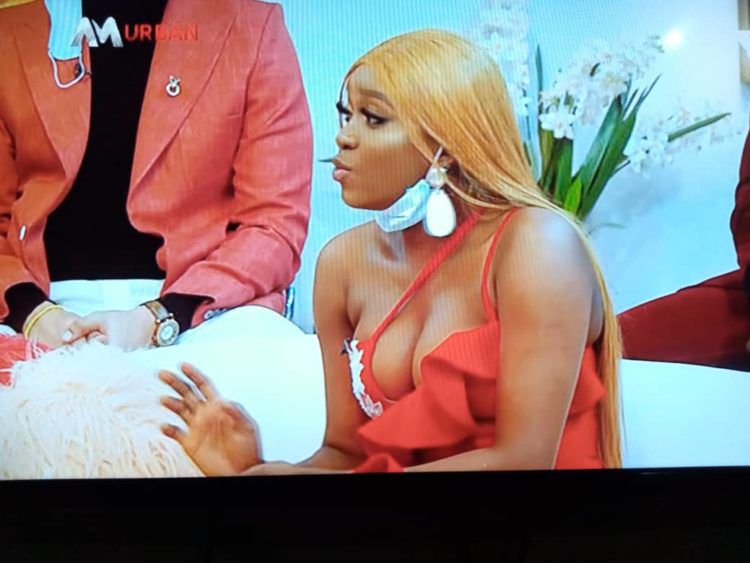 Thelma on the Bbnaija Reunion ...
Lifestyle