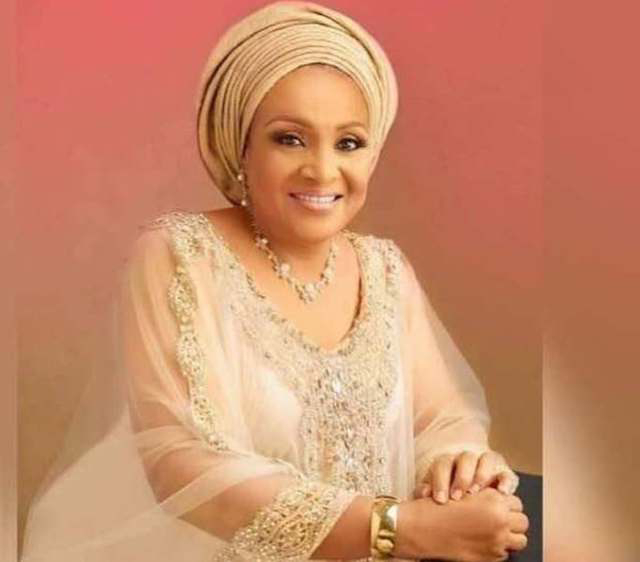 Deputy Governor of Oyo State, Mr. Raufu Olaniyan, was denied access to the 8th day Fidau prayer of former governor of the state, Senator Abiola Ajimobi, who died of COVID-19 complications at a hospital in Lagos, last month.
The deputy governor, who led a delegation, including the Head of Service, Alhaja Amidat Agboola and the Commissioner for Lands, Mr. Abiodun Abdul-Raheem, were prevented from gaining access to the Oluyole residence of the late former governor.
Vanguard gathered that security details attached to the venue of the Fidau were said to have resisted efforts, which almost led to an open confrontation with security details attached to the deputy governor.
Olaniyan, Vanguard gathered, left after making frantic calls to people believed to be close to the family.
Why we denied him entrance—Family
But in a swift reaction, Mr. Bolaji Tunji, spokesperson to the late Ajimobi, stated that the family was not aware of the deputy governor’s attendance to the prayer.
Tunji, in a statement, said: “There is the need to clarify the believed presence of the Deputy Governor of Oyo State, Engineer Rauf Olaniyan, at the 8th-day prayer of late Senator Abiola Ajimobi, the immediate past Governor of Oyo State.
“The Deputy Governor arrived after the prayer had started. The event was strictly a family affair.
“There was a need to comply with the COVID-19 protocol as established by NCDC which includes social distancing, not more than 30 people in a place and seats arranged, accordingly. After which the gate was shut.
“No one was aware that the Deputy Governor was coming as neither the advance team nor the protocol informed us.
“By the time we got to the gate to usher him into the sitting room, he had left. Everything happened within a spate of 10 minutes.
“Through a serving Senator and a former Attorney General, we tried to get in touch with him that it was not to slight him and he could sit in a private sitting room provided by the family. Unfortunately, he had left. We, however, apologise to his Excellency.”
PDP flays action
Meanwhile, the Peoples Democratic Party, PDP, in Oyo State, has criticized the prevention of the deputy governor from attending Ajimobi’s Fidau prayer.
In a statement by its Publicity Secretary, Mr. Akeem Olatunji, said:
“To the unsuspecting members of the public, kindly disregard the APC Media Team Press Release in its entirety, it wasn’t a private family affair because Otunba Alao Adebayo Akala and many others were there and the family was well informed in advance that the deputy governor would be leading the government delegation to the event.”
The statement reads: “It was reported that the security personnel at the gate informed the government delegation that there was an order from Madam not to allow the government delegation into the venue.
“The more the governor tries to extend hands of friendship, the more they rebuff his good gestures.”
Local News