#BBNaija Day 3: The task, the fun, the drama… Catch up with all you missed

The BBnaija Housemates seemed to have saved the juiciest revelations for last as they spilt some interesting facts about themselves after the Diary session. There was something about taking that centre seat that made them feel like they entered a confession booth.

Brighto talked about his academic exploits but that wasn’t what got the room buzzing. It was the brief comment he made about his relationship that made the rest of the Housemates hit rewind on the remote control. There was no way they were letting him gloss over that piece of juicy information. Apparently Brighto had been in a relationship that lasted for eight years and as the Housemates prodded further, he revealed they had weren’t intimate during their affair. As expected, the guys expressed shock at him holding all that pent-up love juice in him for so long.

While the Housemates were working hard to ace their get-to-know-me Task of the week, Big Brother decided to put their Lockdown-acquired skills to test. In addition to their creativity in making their own hand sanitizers and nose masks, the Housemates were provided with necessary materials for this Task.

For this Challenge, they were required to split themselves into 4 groups, 5 on each team. 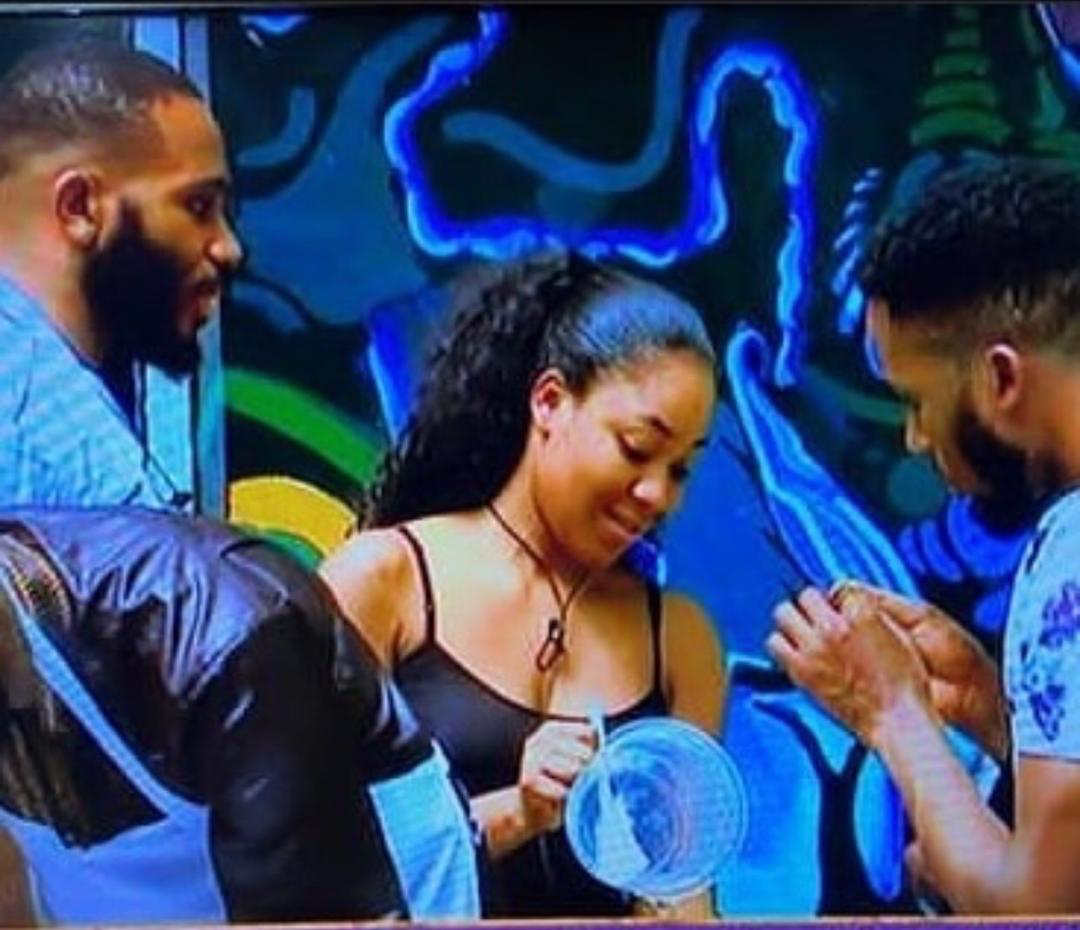 In this Task, Biggie emphasized on the need to sanitize before the Task and after they are done.

Creativity seems to be the order of the day as the Housemates unleashed their tailoring skills and got to work. Different shades on patterned nose masks as well as various sizes of hand-made hand sanitizers.

The Lockdown housemates were asked to name their fan base…

The trend of giving a name to fandom is quite evident in the BB Naija universe. While in most cases, some of the fans get to create their names from the first week of the Season, others are coined by the Housemates themselves.

The ones that have it all figured out…See their preferred fan base name below;