BBNaija2020: Lady in severe pains after she discovered that the boy she’s been ignoring repeatedly since 2016 is Laycon 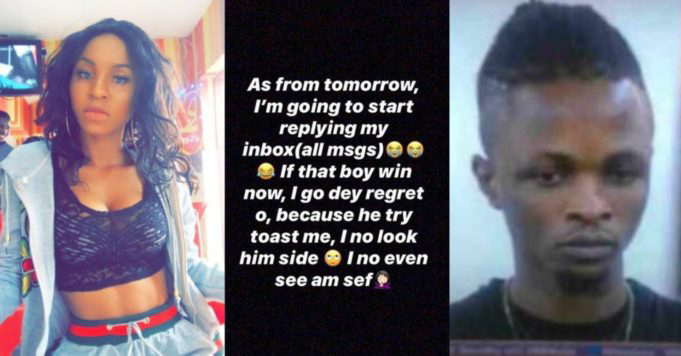 A Nigerian lady, Helena has taken to her social media handle to express regret after she discovered that the guy she’s been ignoring since 2016 is Big brother Naija 2020 housemate, Olamilekan Agbeleshe known in the show as Laycon. 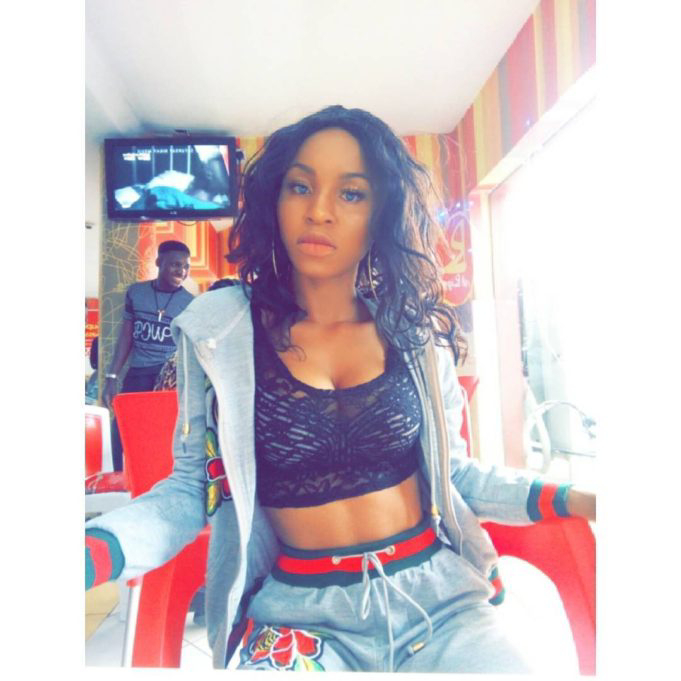 She ignored his entire message even up until 2019 when he told her that he wants her.

Now, Helena may be sad, and has now declared she’d be replying he DMs from now on. She also said if Laycon wins, that she would regret because he tried to toast her and she didn’t look at his side.

See the screenshots below: 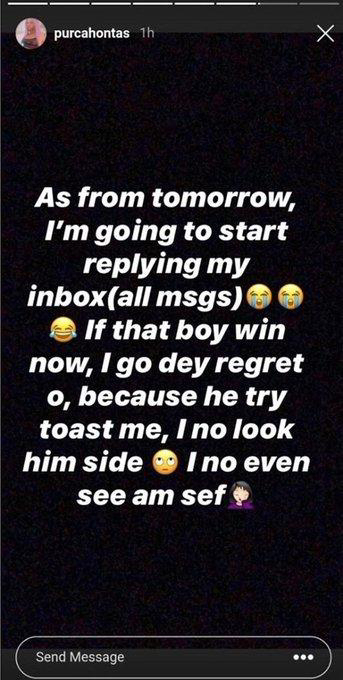