on July 06, 2020
Chairman of All Progressives Congress, APC, in Matazu Local Government Area of Katsina State, Alhaji Yusau Dissi, was reportedly abducted alongside nine others by gunmen in different attacks across the state. 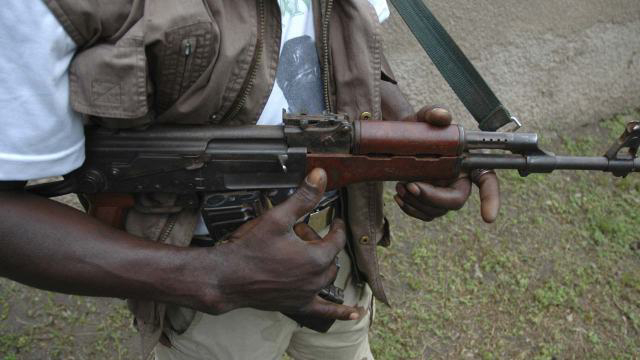 This came as suspected herdsmen, Saturday night in Asaba, Delta State capital, kidnapped the Chairman of Nigeria Labour Congress, NLC, in the state, Goodluck Ofobruku.
In Katsina, the bandits also reportedly killed one Nuru Lawal at Kandawa village and one Aminu Mai Unguwar at Dan Alhaji village in Batsari Local Government Area of the state last Thursday.
At Matazu, the gunmen were said to have targeted the APC chairman in the local government on Saturday but they, however, kidnapped two other residents of the town with him.
At Wurma in Kurfi Local Government Area of the state, four ladies, including a five-year-old, whose mother fled her home when the gunmen struck, were kidnapped on Saturday.
Sources revealed that the casualties included a housewife and her baby as well as a teenage girl while the gunmen rustled about nine sheep and snatched a motorcycle.
Spokesman of the state police command, Gambo Isah, could not be reached for comments on the attacks as at press time.
Suspected herdsmen abduct Delta NLC chairman
Vanguard gathered that the labour leader was driving out of his house behind Immigration office along Ibusa Road, off Ughelli/Asaba expressway, when he was abducted by the gunmen, who were robbing a drinking joint in the area.
Secretary of the NLC in the state, Innocent Ofuonyeadi, said Ofobruku, who was driving in NLC Sienna bus, was on his way out that night to get drugs.
Ofuonyeadi said he was intercepted by the hoodlums along his street, adding that the abductors were yet to establish contact with the family of the victim.
He said the hoodlums, which they suspected could be herdsmen, took Ofobruku into the bush, abandoning the vehicle at the spot he was kidnapped, lamenting that all his lines have been switched off.
Confirming the incident, Police Public Relations Officer in the state, DSP Onome Onowakpoyeya, said the police were already combing the bushes for the NLC leader, expressing hope that the victim would be rescued unhurt.