This is not my baby: see how Regina Daniels react to this baby's picture circulating online.

Some ladies after giving birth allegedly tend to keep their baby's picture off social media for the time being pending whenbthey are ready. And some celebrities are not exempted from this also.

Actress and billionaire wife, Regina Daniels has disowned the photo of the baby that went viral of the internet a day after she gave birth. 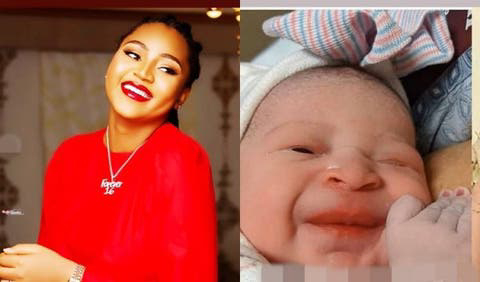 The proud new mother welcomed her son for her husband, Ned Nwoko two days ago, and ever since then, several photos of babies have been making the rounds on social media as the actress’ son. 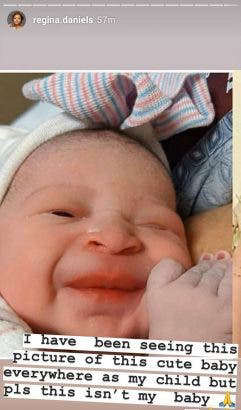 Of all the photos that have been going viral across the internet, the photo of one baby stood out and many social media users have been asking if he was the actual baby of the actress.

Reacting to this, the actress who is yet to upload any photo of her son stated via her IG story that the ‘cute’ child is not hers.