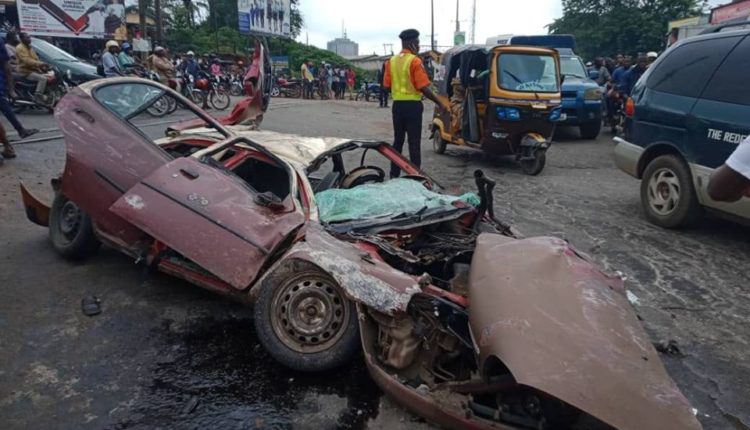 Four people were on Wednesday morning killed when an articulated lorry belonging to a popular dairy company lost control and crushed a Micra passenger car and three commercial motorcycles in Ibadan, Oyo State.

The incident, which happened at the Alesinloye roundabout on the ever-busy Dugbe road, occurred when the articulated vehicle, apparently due to brake failure, hit the Micra and the motorcycles heading towards Dugbe area of the city.
While three people died inside the Micra, one of the Okada riders also died on the spot.
As of the time of this report, the trailer, carcass of the crushed vehicle and the motorcycle were on the road while the remains of the dead were being moved to the morgues.

May God Continue to Protect us.