The Governor of Lagos state Babajide Sanwo-Olu Declares 24hrs curfew, Starting From 4pm Today On All Parts Of The State.

on October 20, 2020
The Governor of Lagos State Babajide Sawo_Olu have declared  24hrs curfew in all part of the state, starting from 4pm today. Without him stating the reason for the immediate curfew. 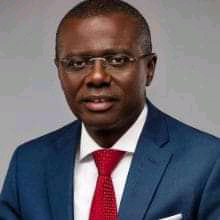 He wrote  on his twitter handle this morning  that there will be 24hrs curfew  on all parts of Lagos state,  starting from 4pm today
See his tweet : 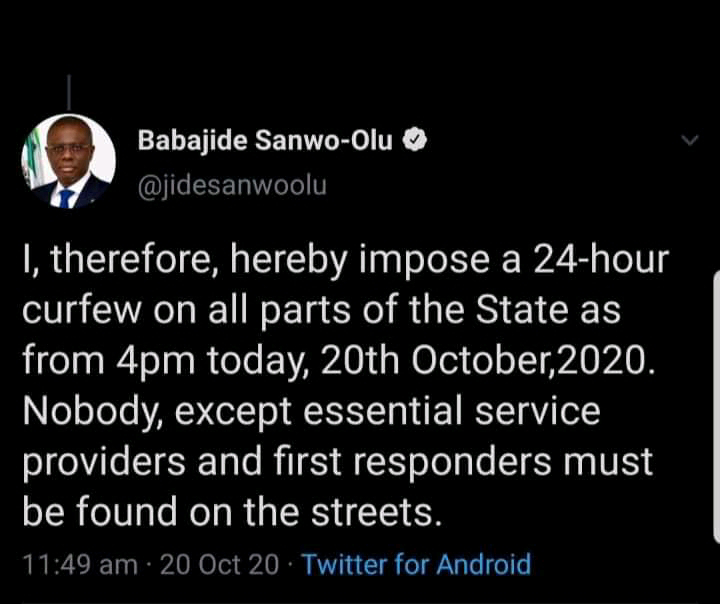 If you can recall that this same rule as been mention in edo state, during the protest of #EndSars. The Governor of Edo have declared  curfew for people of edo state, because of the protester,  but they ignore it.
Let see what will happen this time.
Keep following my post, so that I can update you their next move.
News